This article was written by MandyE. Thank you for sharing your thoughts.

Natural Alternatives to Vaseline for Babies

I started looking for natural alternatives to Vaseline (petroleum jelly) because over the last couple of months, Spice developed this horrid rash of dry skin. It started on her belly and quickly spread to her back and hands. I couldn't determine if it was just extreme dry skin, heat rash or something more that needed the attention of a dermatologist. I decided to treat at home for a week and if no improvement was seen then a visit to the dermatologist may be required. A few online moms recommended using a dual layer of lotion and petroleum jelly. Sounded like a good idea so I've been buttering her up with Aveeno Eczema Lotion and non-petroleum jelly twice a day. It's been a month now and we finally have considerable visible improvement in the condition of her skin.  Vaseline was a cure-all when I was growing up and there's no documentation of it being hazardous. However, it is still based on petro-hydrocarbons and I really would prefer something more natural for my 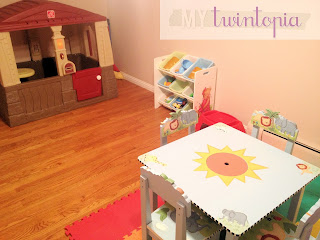 As I alluded to in my previous post, this era of social distancing has led to me (and most parents in the world) to try our hand on serious homeschooling. In the past, I have accessed several resources to teach the girls but this was a supplement to the primary learning they were receiving from their schools and teachers. With all the unknowns of the initial lockdown, I had to revise my role to that of primary educator. In that role, I struggled with finding decent, reputable resources for teaching older elementary kids (grade 4). Sure a quick Google search will yield some results but I found some of the resources to be too commercial, flaky or poorly designed for my use. Some were also good. In keeping with the objective of this blog to " Learn and Share ", I'm going to highlight all the homeschooling resources that I think are worth accessing. This post quickly grew to be a loooooooooooooooooog list so I'm going to break it down into sections which I'll kee