Insanity is not the reason I travel with twins

Our recent flights from Calgary to Lagos and back were the twins 13th and 14th flights respectively. Let that sink in for a bit! I've willingly got on airplanes with twin babies/toddlers/preschoolers 14 times in the last 3 years. I'm not crazy, I was motivated by 2 moms who had gone before me.

First one was my oldest friend O. We had lost touch for a few years and out of the blue she called me while I was still living in Houston and before I had the twins. We spent over an hour yakking on the phone and catching up on life. I found out that she


WITH AN INFANT IN TOW! I may have actually yelled this when I asked her "What the?!"

She simply brushed my shock aside and said the baby's got to get used to life with the mother he has. Very matter-of-factly. No drama, just fact. 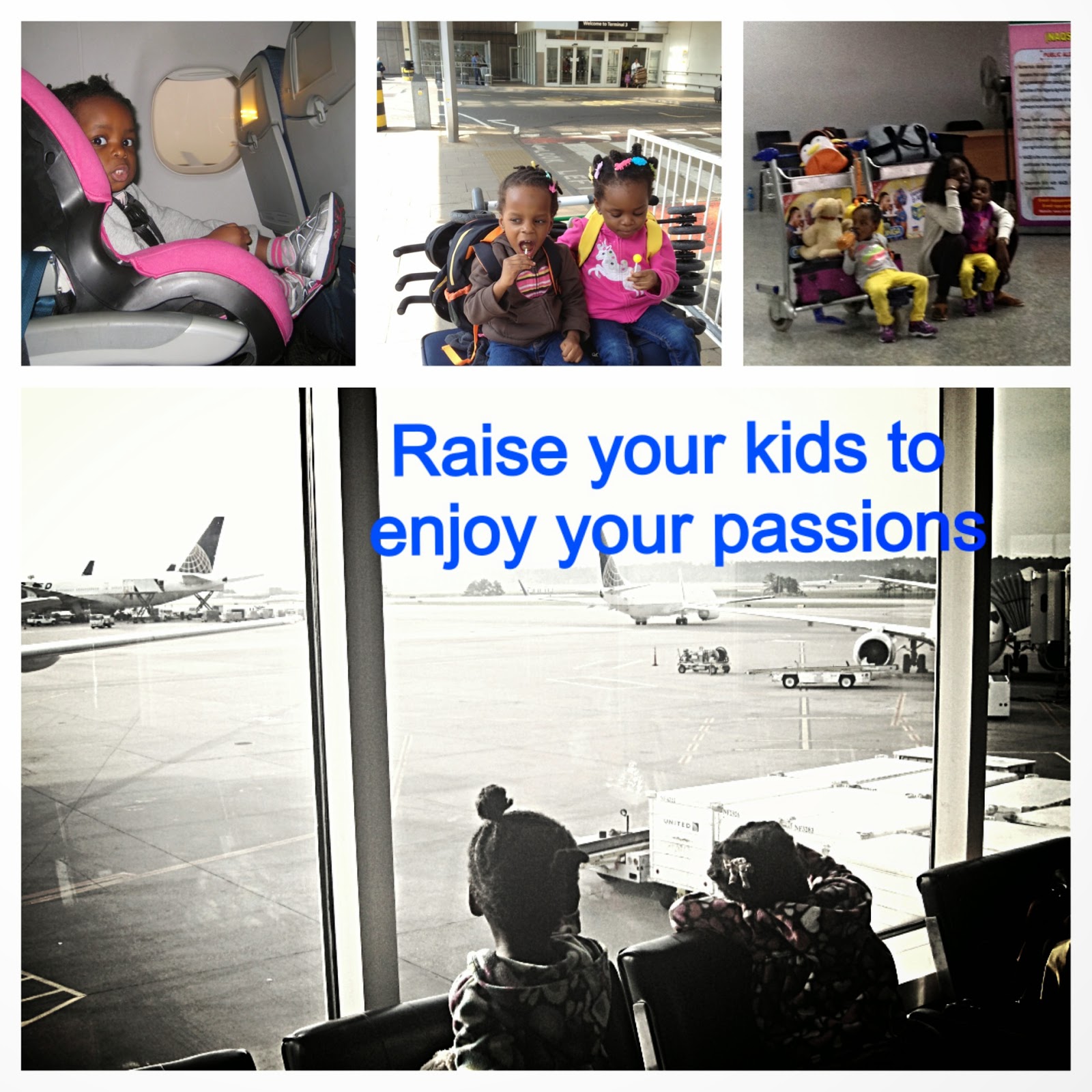 Cue a few months later. A couple who were colleagues and used the same Fertility Clinic as we did had a baby and later mentioned to me that they were driving down to the beach in Alabama. With a 2 month old baby.... after much fertility treatment. I always assumed that in their shoes I would wrap my kid in cotton wool and only leave the house for emergencies. Definitely not drive to the beach with all that heat and light and sun and people and germs. Remember people, I practice active paranoia

I believe I raised an eyebrow and asked why? The husband shrugged and said "Hey, he's got to get with the Smith* lifestyle"

Those two sets of parents probably don't know it but they inspired me to not change my life in a restrictive way because I had young kids who happened to be twins. Instead I try to involve them in the things that I love doing so that we can all enjoy the same activities as a family. And I like to travel so travelling just has to be something they are used to doing.

14 flights and no regrets. The girls are becoming travelling champs and I'm a happy mama

Twin Parenting Lesson 3: Enjoy your passions with your kids, instead of restricting yourself because you have kids

This is the place where my world of twin parenting, intentional living and lifelong learning collide.

Get Updates Emailed to You